TunnelBear Review 2020: Everything You Need To Know! Internet these days is less secure than a Mercedes parked on a bad street. Everyone can view what you have done or doing. Some companies (don’t want to state any names here) even sell your browsing history and basic information for money. There is nothing secure anymore.

It is a big concern as we spend hours surfing the internet, browsing different apps. Most of which can be tracked without even cracking some major codes; that’s how unsecured our connections are.

That’s where a VPN comes in. VPN secures your connection by creating a wall between you and other people. TunnelBear does the same job, and I am here to tell you all about it in this TunnelBear review.

What Is A VPN? 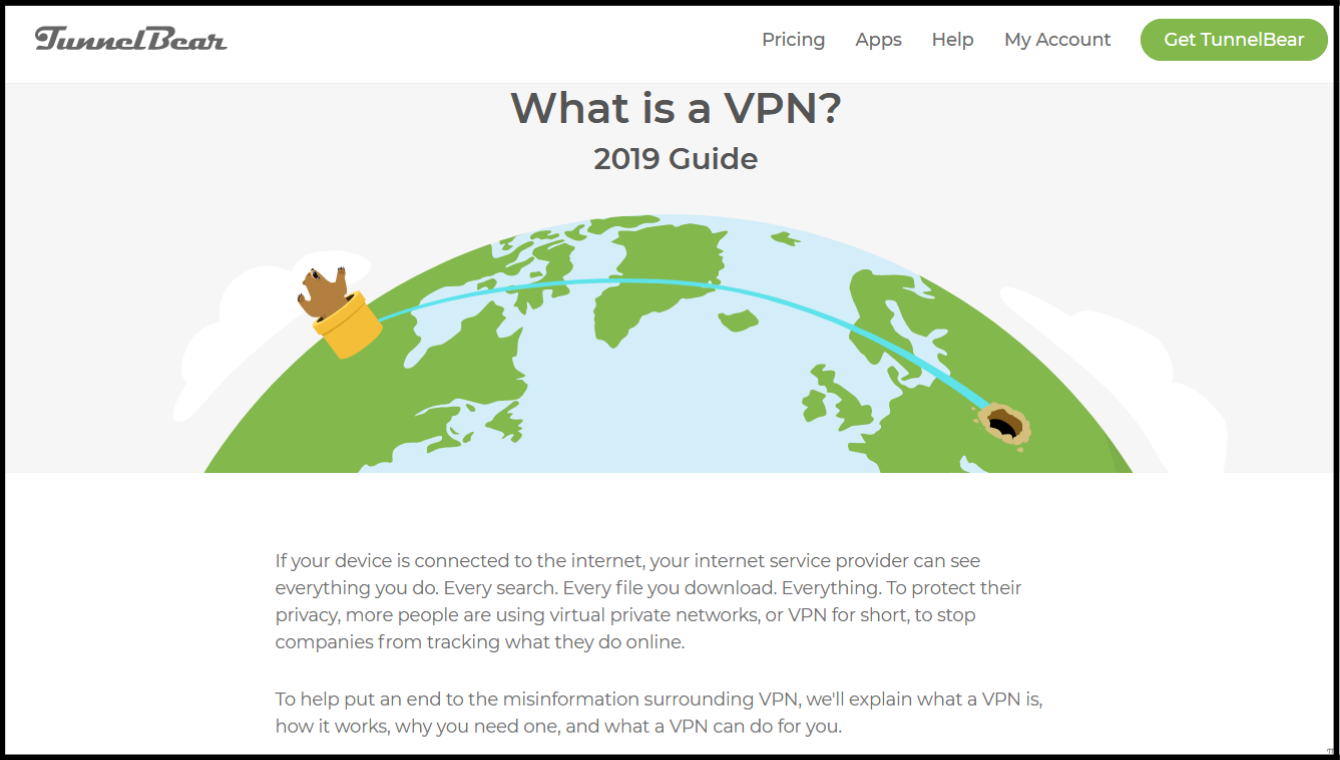 VPN (Virtual Private Network) is a tool that creates a private network around the internet in which only you can surf. Your IP remains hidden from others, and your location is spoofed, resulting in a secure connection. It also helps protect your metadata, which your ISP’s sell.

To sum it up in simple words, think of a tunnel in which only you can travel. At the start, there is you with your system and at the other end of it is the website which you want to visit. This way, nobody can see and track what you have been doing. You are completely secure from cyber-attacks and other spying activities.

TunnelBear is a Canadian VPN company, located in Toronto, Canada that offers its services to 20+ countries globally. It was founded in 2011 and later acquired by McAfee. The main objective of this company is to provide a secure VPN service to protect people from cyber-attacks and other potential internet threats.

It supports Android, Windows, macOS, iOS, and chrome as well as an opera browser extension. One can also use it in Linux distros OS with a little configuration. TunnelBear uses AES-256 encryption for all the latest operating systems and AES-128 for the device using iOS 8 or earlier. 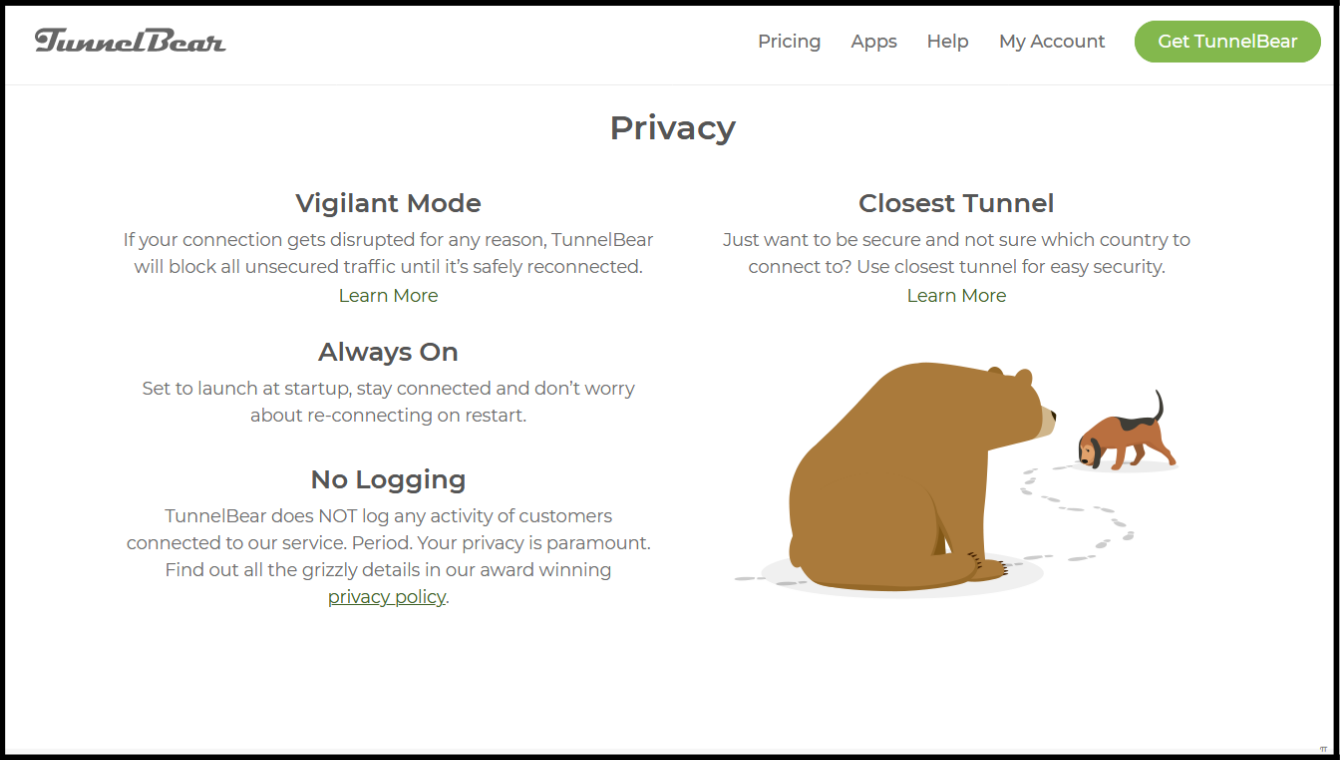 TunnelBear is from the few handfuls of VPN service providers that offer such open and detailed policy. The company explains what data it collects, and why in simple language so that anyone can understand. And that’s what I like the most about this company. All the information is available to the users, and nothing is hidden. They also assure that they will not sell/trade the personal information of its users with any 3rd party companies. 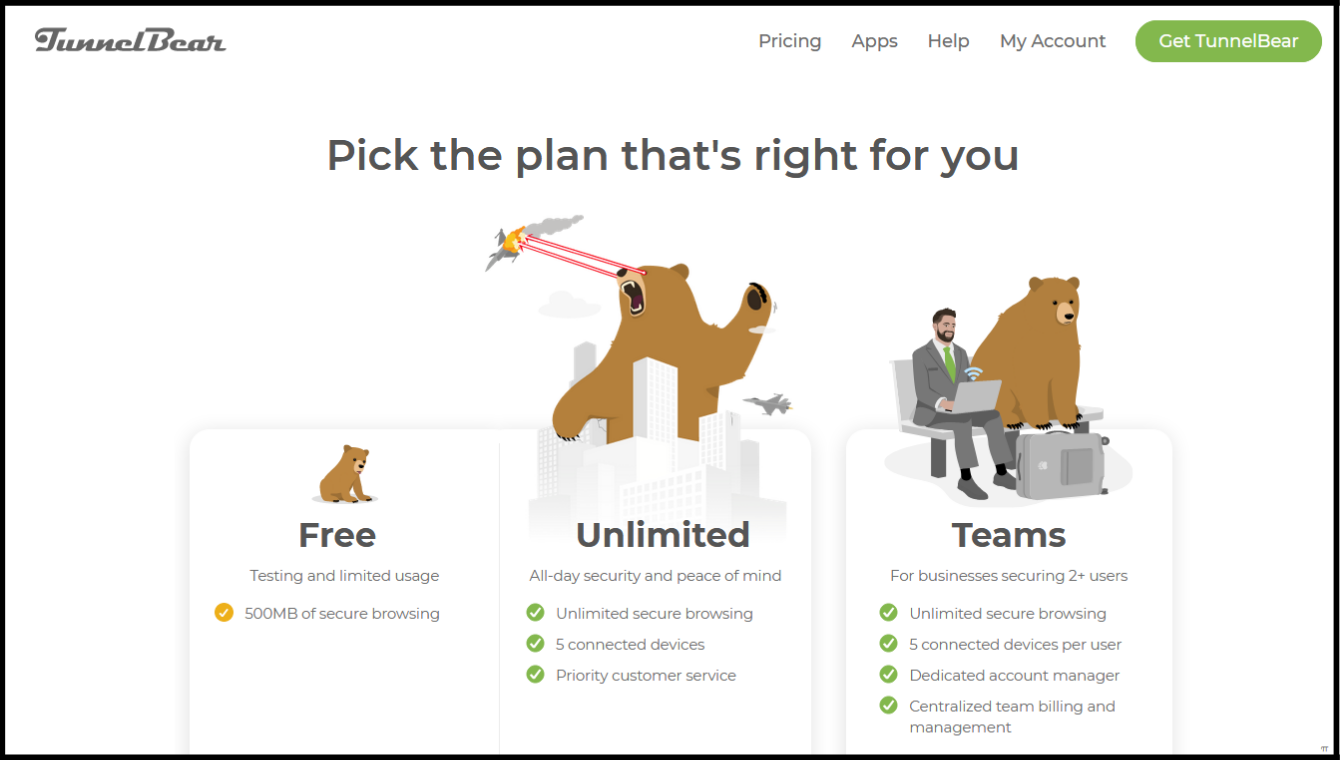 TunnelBear has three pricing options, which I have mentioned in the increasing order below:

In this free subscription, you will get 500mb of free usage in a month with all the amazing features TunnelBear has to offer. It is a great way to test the company’s credibility and services. It is one of the few secure Vpn service providers that offers its full functionality in the trial version. If you are one of the chaps who like to test things before buying, this is the best plan for you.

You can get more data on your free plan by Tweeting about the company. With this, you get an extra 1GB of free data for one month.

This plan is for people who don’t want to take much risk and takes online security very seriously. In this plan, you will get unlimited secure browsing, up to 5 device connectivity, and priority-based customer service. All these features come at a price; this plan will cost you $4.99/ month, which is fairly cheaper if you compare it to other service providers.

This plan is the newest addition to the family of bears, and it is aimed mostly at business. In this, you will get the functionality of using more than two users on the same account. In addition to that, you will get unlimited secure browsing, five devices connectivity/user dedicated account manager, and centralized team billing and management. This plan will cost you $5.75/user/month; that means you have to pay $5.75 for a single user/month double if you use two users and so on.

There you have it, the complete breakdown of the pricing section. TunnelBear has recently revised its pricing plans, so make sure you visit their official page to confirm.

Coming to the payment part, you can opt for any of the two paid subscriptions and pay for it via credit/debit card or via Bitcoin. It is a fairly simple and secure payment gateway. And this is the only place where TunnelBear uses third party protocols. It’s not a big deal as most of the websites use it, and they are more secure. 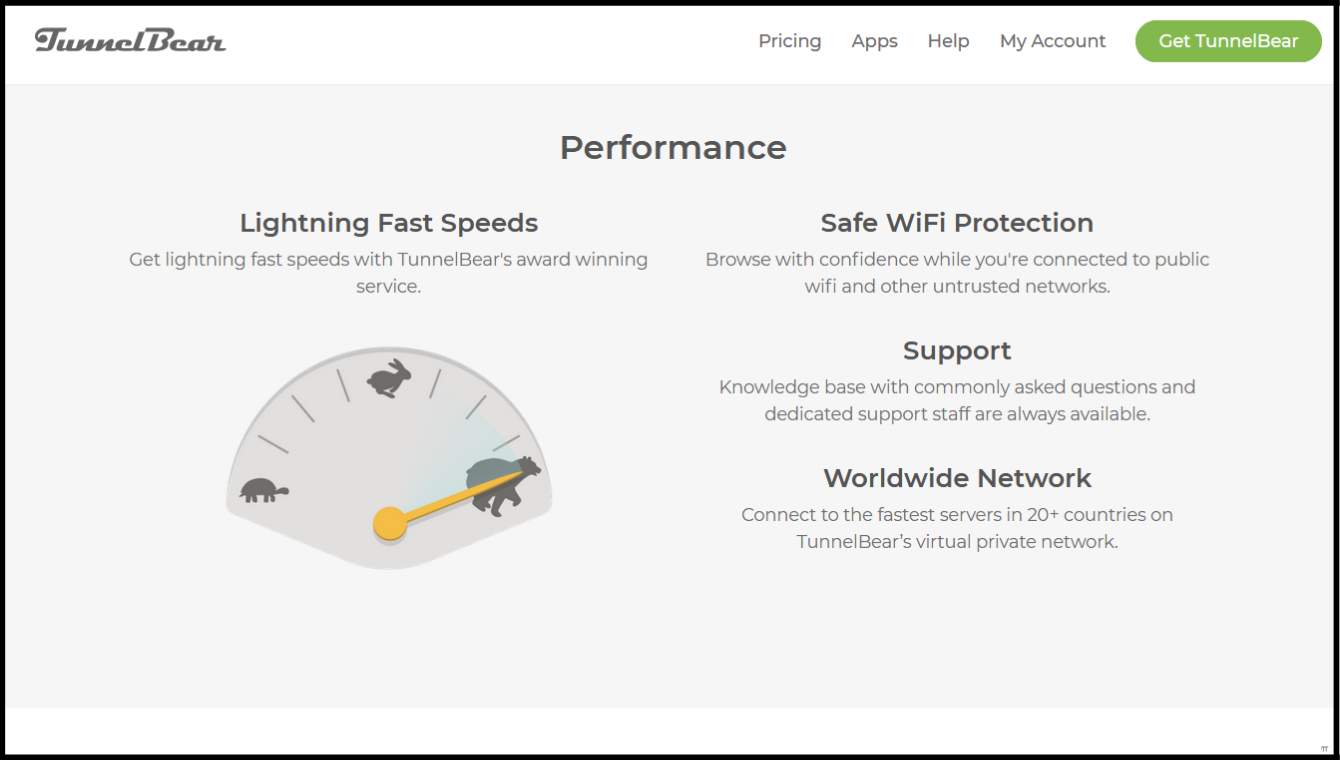 Now onto the speed test, which in my opinion, is the most important part of VPN reviews. I have tested TunnelBear on few different server locations, and the results are displayed below:

As you can see, the best result I got in this test when I was connected to the Hong Kong server while using TunnelBear VPN, and the worst was when I connected to the US server. It is because VPN services use servers located in different countries to bounce their signals. TunnelBear has 23 of these servers located worldwide, which works perfectly fine even if you are traveling. The closer you are to the server, the lower the ping you will get. In my case, Hong Kong won the test that’s because I live close to this country, but it won’t be the same for you. So choose the server accordingly.

Overall, the speed was pretty good, the US server was pretty slow, but the closest server was fast. Plus, it all depends on you, whether you want to trade that much speed to secure your connection or not. 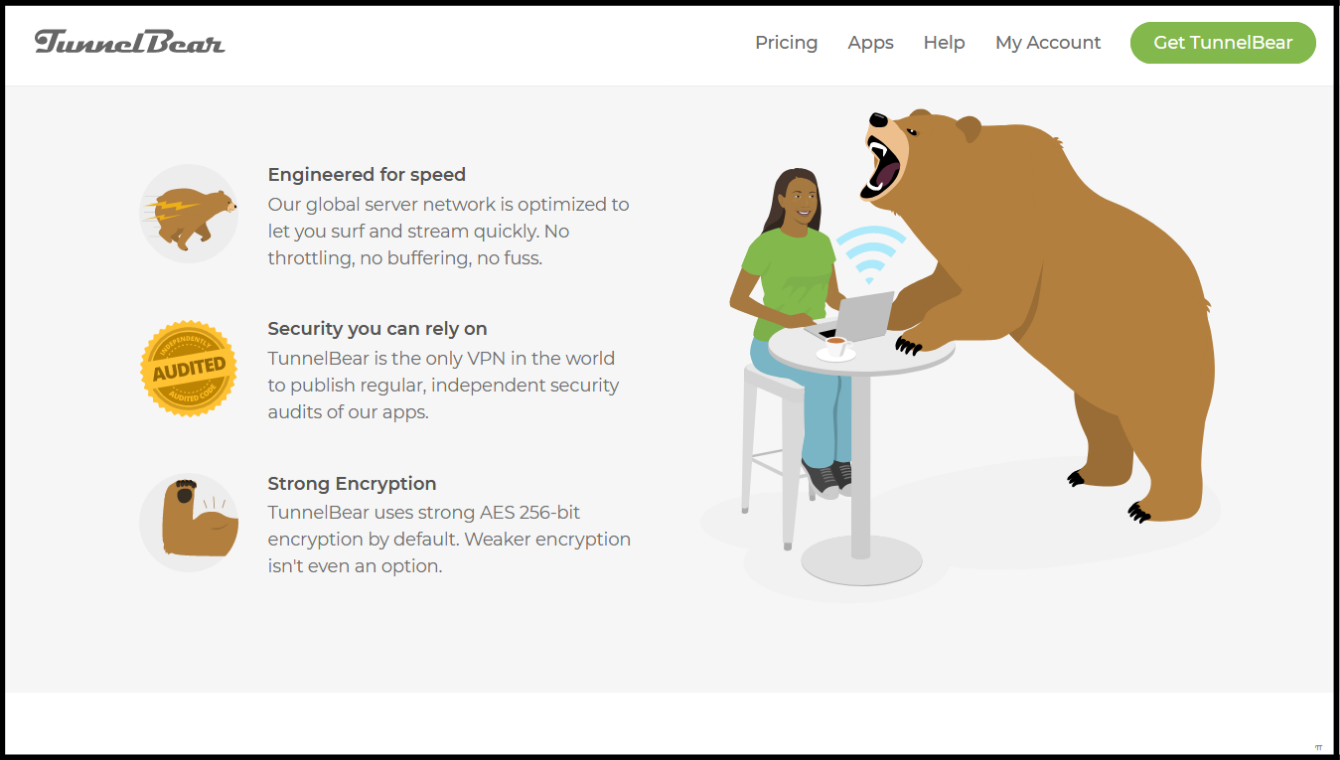 I used TunnelBear as my daily VPN for a week and didn’t find that it lacked anything other than the countries’ options. The speed of the VPN server was fairly good, and it didn’t take much time, to connect either. I surfed many sites and watched videos on youtube; all worked perfectly fine.

Although, if you are looking to unlock Netflix or use torrent sites, that will not be possible with this VPN. The reason behind this is that TunnelBear is a Canadian company, and it follows Canadian legal rules. The Canadian government has strict rules about piracy and content duplication. Despite this, I was able to unblock BBC iPlayer and watch shows exclusive to the UK.

Should You Use It?

TunnelBear offers everything a VPN should, and no one can beat its open privacy tactics. The user-design is clean and simple, followed by a beautiful website. Plus, free usage comes with all the quirks. I think you should give this bear a chance.

If you think I have missed anything or have something interesting to share about TunnelBear, you can share it in the comments. SaasTrac is one of the fastest-growing business software solutions review websites allowing individuals and businesses to search and compare various SaaS software. The reviews are prepared by a team of experts in SaaS software, helping people to choose the software wisely. It also has a deals page where one can find great deals on just about every product and software. EngageBay Review – No. 1 Marketing Automation Software Of All The Time Tailwind Review: Don’t Buy a Social Media Scheduler Until You Read This!! Ingramer Review: A Complete Suite for your Insta Needs 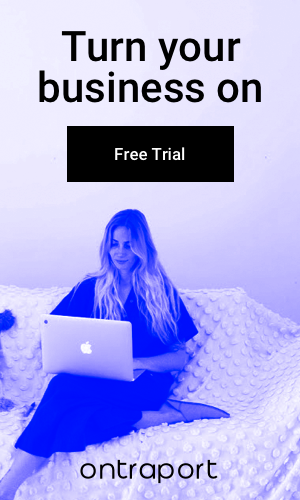